The benefit of an nV Edge + VPLS and this is why it can be awesome...
1) Increased physical link utilization
2) Up to 75% decrease in VPLS Pseudowire requirements
3) 50 millisecond or less recovery times" 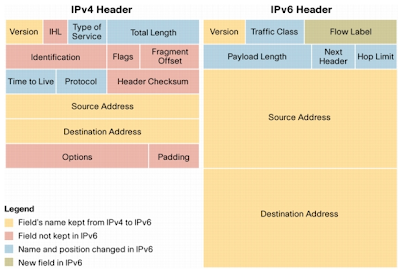 Blog post (27 Jun) on Microsoft licensing for XD vs. View

Review of the Dell EqualLogic PS6100XS (23 May.) Check out www.itpro.co.uk for their storage reviews and more – including:

Review of the Dell EqualLogic PS4100E (9 Jul.) Check out www.pcpro.co.uk for their storage reviews and more – including:

Dell Customer Stories (May): AURUM Holdings – Retail & Wholesale company, with 1'700 employees
"Since moving to Dell EqualLogic, we've improved the performance of our SAP environment by around 50 per cent." 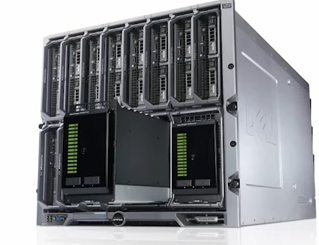 Nice blog with lots on HP 3PAR http://cloud-land.com/
Building the business case to choose HP 3PAR - The Ninja's Way (10 Jul) – information on the assessment HP will run, to help you evaluate your data utilisation rates and more....

More on Windows Server 2012 licensing (11 Jul 2012):
"Windows Server 2012 will be available in four editions: Datacenter, Standard, Essentials, and Foundation ... Customers with active SA (Software Assurance) coverage at the time of 2012 release will receive migration rights to the new editions as follows:" 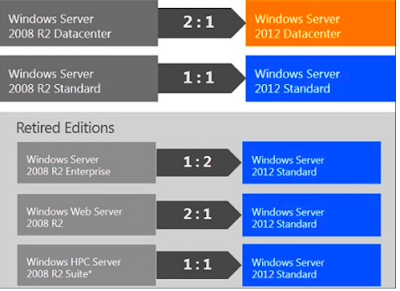 Red Hat and NetApp Deliver More with pNFS Solution by Jason Blosil (Jul)
Paralized NFS solution using pNFS
"... allows you to scale an NFS environment seamlessly while simultaneously offering the ability to optimize data paths from client to volume, even as your data moves within the storage cluster..."

"NetApp developed Infinite Volume specifically to address the scalability needs of enterprise content repositories; it eliminates the complexities of managing data in multiple small containers. NetApp Infinite Volume is a software abstract hosted over Data ONTAP 8.1.1 operating in Cluster-Mode. Now, you may ask, “How infinite is an Infinite Volume?” Well, it doesn’t have unlimited capacity. But, it’s pretty darn big. It provides a single mount point that can scale to 20PB or 2 billion files." 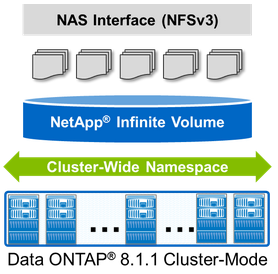 Five Strategies for Using Flash in Your Next Storage Project by Paul Feresten
"1. Understand Your Workload
"> What is the read-write mix for the workload?
"> What are the typical IO sizes?
"> How much is random versus sequential?
"> How large are the working sets for the application?
"2. Employ Virtual Storage Tiering
"3. Evaluate Price/Performance at a Systems Level
"4. Use Flash Pools for Data Persistence
"5. Deploy Flash with Capacity-Optimized Drives"

A post (16 Mar) on How To Install VMware vCloud Director 1.5 From Beginning to End by Kendrick Coleman

YouTube video (11 Jun) from Steve Kaplan, VP, Data Center Virtualization Practice, Presidio West – "VMware vSphere Delivers Greater Value and Lower TCO than Microsoft Hyper-V"
"... Microsoft's claim that their solution is far less expensive than VMware's ... flaws in their methodology.
"> Microsoft compares their significantly discounted volume price, without support, to the VMware list price including support
"> Microsoft pits their products against VMware's highest editions, but when based upon functionality they should be comparing against VMware's lowest product editions
"> The VMware Cloud Infrastructure Suite delivers far more features and functionality than the Microsoft ECI bundle used in that comparison 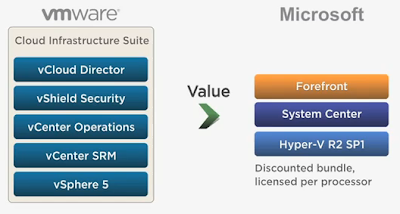 Phew, all in one week - I'll have to stop retaining so much!
TechRoundUp