How to Correct the Name in the Service Processor Prompt

You have a NetApp filer running in production with:

*This is from then Clustered ONTAP clustershell - if 7-Mode then just run the commands direct from the nodeshell.

Typically, you might see this if you’ve had a head-swap, motherboard replacement, or repurposed controller. The SP will normally pick up its name from the controller and cannot be renamed differently. Only rebooting the service processor via sp reboot, or a complete power down of the system (a giveback/takeover is not sufficient since the SP never gets power-cycled.)

The obligatory image: No image for the wrong name, so it’s an excuse for a bit of Wallace and Gromit, and the wrong trousers! 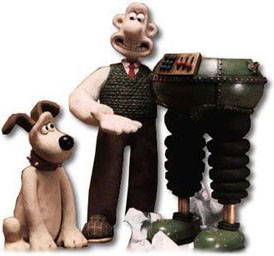