on December 17, 2018
It’s been a bit of a quiet year on Cosonok’s blog. Including this post, I’ll have done 56 posts this year, which is a record minimum number of posts in a full year for Cosonok (61 posts in 2011 being the previous record minimum.) Still been busy though, with other blogs and a tiny bit of YouTube too.

Stats-wise, Cosonok’s blog appears to be in decline. Which is perhaps not surprising since prior to 2013 this was very much an IT generalists blog, but since 2013 it’s been predominantly NetApp, so more specialized and perhaps less reach. The stats, whilst fun, have never been the goal, it’s always about sharing hopefully useful stuff, an aid for my memory, and I’m always amazed and grateful that people read posts from this blog - and leave comments. 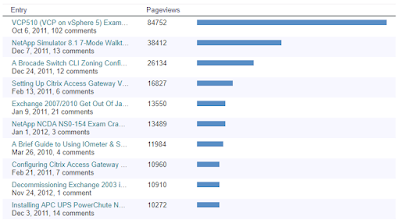 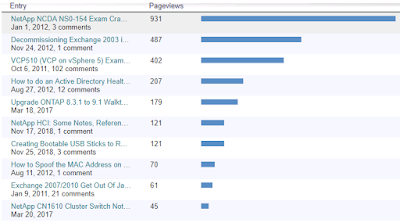 I’m actually working over Christmas (except for the usual holidays and 24th) but this will be 2018’s final post. So all that’s left to say is: