How Ducati is Changing the Racing World with Data
https://blog.netapp.com/how-ducati-is-changing-the-racing-world-with-data/ 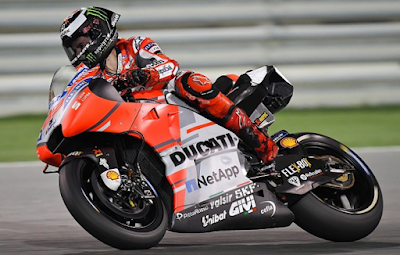 What Is Windows 10 Pro for Workstations, and How Is It Different?
https://www.howtogeek.com/321736/what-is-windows-10-pro-for-workstations-and-how-is-it-different/

More Ways to Extract the Data You Need from OnCommand Unified Manager
https://blog.netapp.com/more-ways-to-extract-the-data-you-need-from-oncommand-unified-manager/

To sign up for Weekly Demo Series emails register here.

This is the list of currently available recordings (alphabetical order, not date order):

Check out the Facebook page:
https://en-gb.facebook.com/NetAppInsight/
And if you want to submit your own session, the deadline is May 8th!

Image: Save the Date: NetApp Insight 2018

How to deploy PostgreSQL using Kubernetes, Helm, and Trident
https://netapp.io/2018/03/21/deploy-postgresql-using-kubernetes-helm-trident/

Automate the configuration of ONTAP systems for OpenStack with Puppet
https://netapp.io/2018/03/01/automate-configuration-ontap-systems-openstack-puppet/

Bidding our friends at {code} a fond farewell
https://netapp.io/2018/02/23/bidding-code-fond-farewell/

Episode 135: Cattle, Pets and the Hive Mentality in Tech with Matt Watts
https://soundcloud.com/techontap_podcast/episode-135-cattle-pets-and-the-hive-mentality-in-tech-with-matt-watts

Veeam Availability Suite - NetApp + Veeam
https://www.youtube.com/watch?v=Fhxa8QDU2iw
“With Veeam and NetApp AFF/FAS/FlexArray/V-Series, customers can create image-based backups as often as needed - even during business hours - with little to no impact on production environments to deliver recovery time objectives (RTO) and recovery point objectives (RPO), or RTPO of less than 15 minutes for ALL applications and data, and for all applications in vSphere and Hyper-V environments.”

VMware has released (on Feb, 15th) a new vCSA version: vCenter Server 6.5 U1f
https://vinfrastructure.it/2018/02/vmware-vcenter-6-5u1f-patches-meltdown-spectre-issues/
And from Gostev’s Veeam Community Forums Digest aka ‘The Word from Gostev’:
“Notably, this release patches the vCSA operating system (Photon OS) against bounds-check bypass (Spectre-1, CVE-2017-5753) and rogue data cache load issues (Meltdown, CVE-2017-5754). However, there's still no patch for branch target injection vulnerability (Spectre-2, CVE-2017-5715). This ... 1.5 months after the public disclosure ... the perfect demonstration of the main drawback of proprietary Linux-based virtual appliances versus installable software for general-purpose OS. The result ... customers being exposed to the known threat for an extended period of time ...a software vendor having to waste many months patching vulnerabilities, instead of moving their product forward.”

This was something quite cool from Mr WFA Guy (http://www.wfaguy.com/) but I’ve not seen it posted...

Nothing more annoying than realizing the screensaver forced you to the login screen. So - to prevent the screen from locking - use this little hack!

Create a new text file somewhere with this content:

Rename it to extension .vbs and run it!
Nothing appears to happen but in the background wscript.exe is running your script, which - every minute - will hit the scroll-lock button twice, avoiding a timeout locking the screen!

Email ThisBlogThis!Share to TwitterShare to FacebookShare to Pinterest
Labels: TechRoundUp