This post is an attempt to list some of the common or not so common components which might be used to make up an IT Infrastructure Design or used in an existing IT Infrastructure. The intention is to list most of the component categories that make up an IT Infrastructure, and provide a few alternative providers/products in each category. It would be an impossible task to make the list all inclusive, and I apologize in advance for any omissions, mistakes in categorization, or missing categories. Getting close to 2012 hence the inclusion of 2012 in the title. I will update as I come across new things or remember others. Cheers! 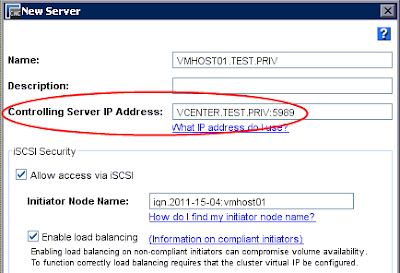 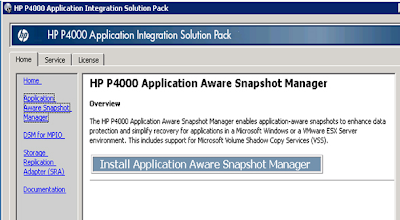 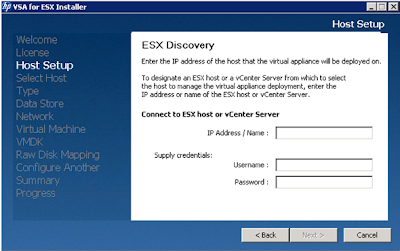 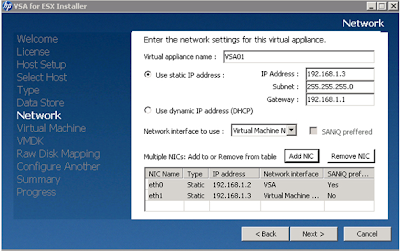 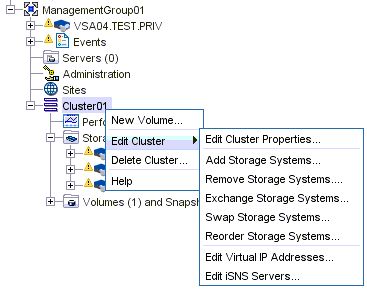 Using MEMCTL (with MEMSZ), SWAP, and ZIP to diagnose a memory bottleneck in ESXi

Following on from a comment posted on a previous post, here's a quick explanation of why MEMCTL (with MEMSZ), SWAP, and ZIP can be used to diagnose a memory bottleneck at the ESXi host level.
First: Definitions
From: http://pubs.vmware.com/vsphere-50/index.jsp
MEMCTL (MB) = displays the memory balloon statistics.
MEMSZ (MB) = amount of memory allocated to a virtual machine.
SWAP (MB) = displays the ESXi swap usage statistics.
ZIP/s (MB/s) = compressed memory per second
Second: Why we might want to look at these?
SWAP (MB) – if an ESX(i) host is excessively swapping memory to disk, this points to the ESX(i) host suffering memory contention issues. VMs should either be moved or powered off from the host in question (if this is not an option then it is time for either a memory upgrade or to introduce a new ESX(i) Host into the environment.)
MEMCTL (MB) & MEMSZ (MB) – need to look at these two metrics together. Ballooning as displayed by MEMCTL is not always a problem and could indicate that guest VMs have been over allocated memory (see MEMSZ for guest memory allocation;) also, if an administrator has set a VMs memory limit lower than the memory allocation, this will cause the VM to balloon. If have been careful to correctly allocate memory to guest VMs, then excessive ballooning again points to the ESX(i) host suffering memory contention issues; basically the host is taking memory away from inside guest VMs by using the memory balloon driver installed along with VMware tools, with this memory being written to the vswp file.

Remember that – unlike in the physical world – in the virtual world throwing too much resource at a virtual server can actually result in less performance.
ZIP/s (MB/s) – if an ESX(i) host is compressing memory pages, this points to the ESX(i) host suffering memory contention issues. You will never see memory compression activating for a guest on a host with plenty of memory to spare (unless an administrator has configured a guest VMs memory limit lower than its allocation.)
Third: Where can we see these?
Easiest way is to SSH to the ESXi host (the host in the example below is a vSphere 5 host,) run the command
esxtop
Type a lowercase m when in esxtop to display memory stats as shown in the image below (SWAP, MEMCTL, and MEMSZ are circled in red):

This post is written specifically with HP ProLiant DL360/380 G6/G7 in mind but the theory can be applied to other manufacturers with Broadcom iSCSI Hardware Adapters. It is assumed the reader has experience configuring the Software iSCSI adapter already and MPIO (for more information on this see http://cosonok.blogspot.com/2010/07/how-to-configure-iscsi-multipathing-on.html . Also, this applies to vSphere 4 (will post an update for vSphere 5 if/when required.)
Step 1: First identify which vmnics are associated with the Broadcom iSCSI Adapter vmhbas
From the vSphere client, select the host to be configured → Configuration tab → Storage Adapters → and under the device heading 'Broadcom iSCSI Adapter' the vmhba??s are listed
Example image below showing vmhba33,34,35,36 underneath 'Broadcom iSCSI Adapter'

Then via a putty connection to the host being configured, run the command below against each vmhba listed above to find which vmnic is associated with which vmhba
esxcli swiscsi vmnic list --adapter vmhba??
Example image below showing the command run against vmhba33


Run the below command to check the vmk? is bound to the vmhba??
esxcli swiscsi nic list -d vmhba??
Note: the remove command is simply
esxcli swiscsi nic remove -n vmk? -d vmhba??
Step 4: Configure Access to LUNs and Present to Host
i: Add the iSCSI Initiator Name of each Broadcom iSCSI HBA being used to the SAN Management Software, and allow access to required volumes
ii: On each Broadcom iSCSI HBA being used, in the vSphere Client Broadcom iSCSI HBA → Properties → Dynamic Discovery → Add Send Targets
Note: if an iSCSI Vmkernel is not bound to the vmhba in question, will see the warning “The host bus adapter is not associated with a vmknic. To configure targets the adapter should be associated with a vmknic.”
iii: Perform a Rescan All from the vSphere Client
Step 5: Configure Multipathing Path Selection Type
Finally for each device listed under Storage Adapters → Details → Devices
Right-click the device and select 'Manage Paths'
And check/amend the Path Selection is set to 'Round Robin (VMware)'
Note: Check with Storage Provider that this is supported first
THE END
Note 1: If the Software iSCSI adapter has already been configured, can disable this if intending to use the Broadcom iSCSI HBAs only.
Note 2: In theory, using the Broadcom iSCSI HBA will give a performance benefit as encapsulation of SCSI commands into iSCSI packets is being done by the HBA and not using the hosts CPU.
at November 21, 2011 4 comments:

1: Rack Installation
2: Installation of software onto laptop / server
Download the MDSeriesStorageSoftware_....iso from Dell and mount to DVD-drive.
Either autorun or execute the md_launcher.exe from the DVD
Follow the prompts to run a full install (Core Software and Management Station) of the MD Storage Software

Right-click the discovered Storage Array > Manage Storage Array
The interface is quite intuitive and I am going to skip details here
Main things to configure are:
a: Alerts
b: RAID setup – the MD3200i has 12 disks with various options to setup the RAID
c: Volumes to be presented to VMware Hosts
d: Host Groups – configure access for VMware Hosts using iSCSI identifiers
*Note - my preference would be to configure the 12 disks as 1x10 disk RAID 6 with 2 hot spares, as this can tolerate 4 disk failures but loses a 3rd of the raw disk space. Some other options if do not want to lose so much raw space are 2x6 disk RAID 5 or a 1x12 disk RAID 6
7: VMware Host Setup
The MD3200i does support 4-way multipath, I would suggest to start with 2-way multipath and expand if the extra throughput is really required. See an example configuration for two hosts across two switches in the below diagram:

The iSCSI paths should be configured using round robin. Paths are active to one controller and standby to the other.
at November 18, 2011 19 comments: